Guest Blogger Margo Sanchez, co-founder of Scuba Diver Girls,  shares a very personal and inspiring story about how Tigress Shark touched her life and that of her 15 year old daughter.

The convulsions were becoming more constant … “2 min 30 seconds check” … a deep voice in the background and a poke on my shoulder. Almost by instinct my hand goes out and signals…OK. My diaphragm is punishing me as I push further… “it’s the carbon dioxide…ignore it…push through…” I hear the voice again and it pounds in my head as I feel my arms and legs tingle and my diaphragm pulsing begin to slow. “TIME”, I lift my head as I hear Stephanie say “BREATH” and count 1…2…3… I had done it…static breath hold of 3 minutes. Stephanie is beaming and gives me a high five. 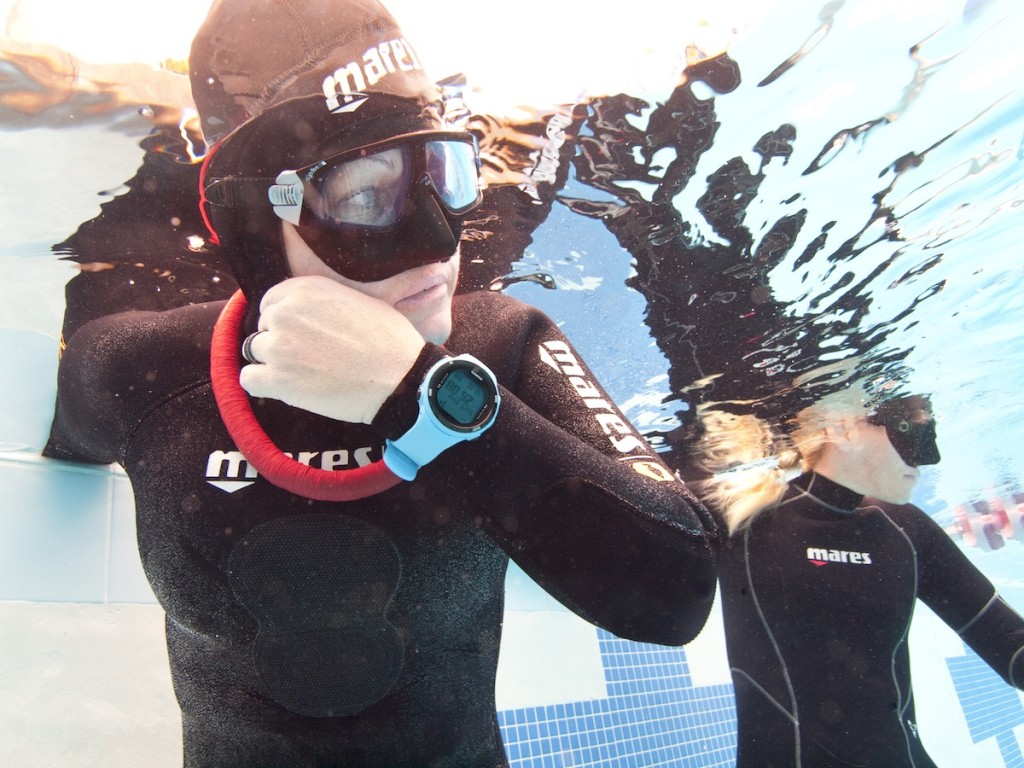 I have been scuba diving for 8 years and have hundreds of dives from sunny coast of California to remote islands of Papua New Guinea. It has always been fun and exciting, but the time when I feel the most at one with the ocean is when I shed my tank, throw on my mask and fins and dive beneath the surface into the silent but dynamic world on just one breathe. 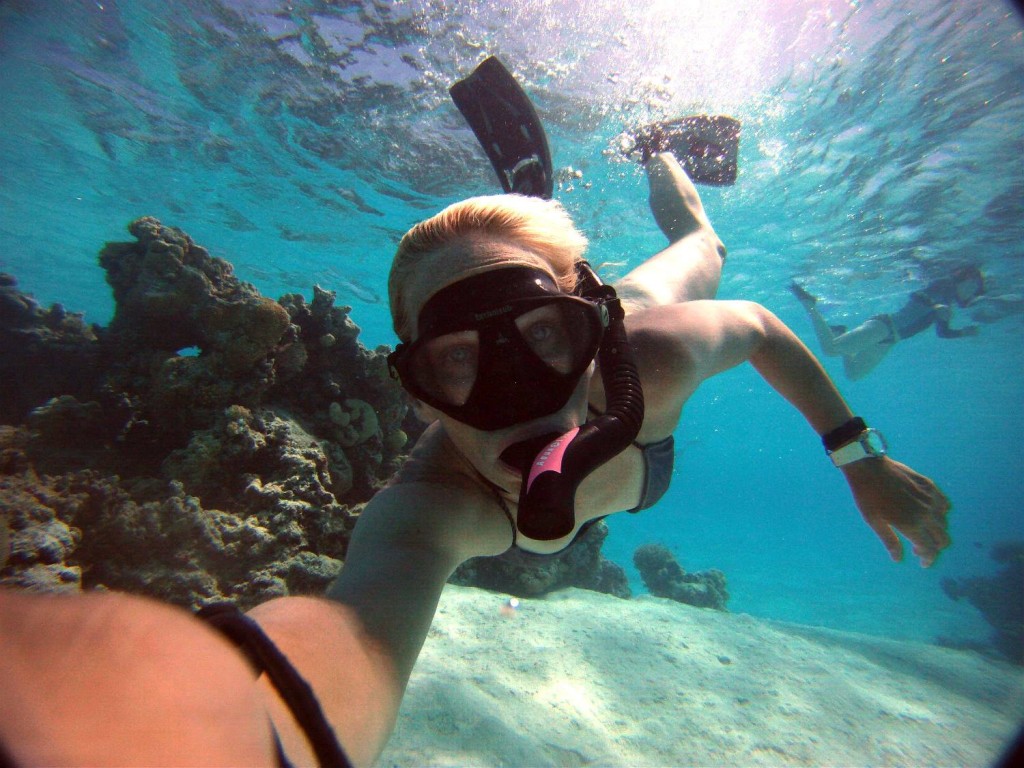 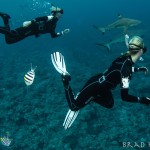 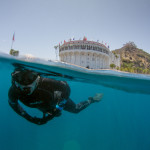 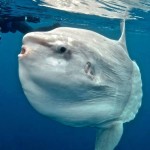 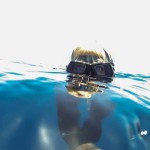 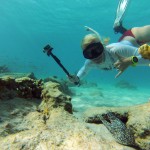 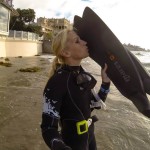 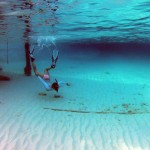 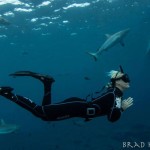 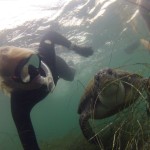 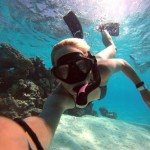 For years, I have spent countless hours eye to eye with myriads of species as I silently cruise along after a duck dive, a pull with my arms and a few kicks driving me downward. But those beautiful moments are always ended within 30 seconds by my body saying, “breath dummy!” This reflex sends me propelling to the surface with remorse that I cannot spend more time with my marine friends below. I have long thought about getting formally trained in freediving to increase my bottom time and learn the safety aspects about of the art and sport of freediving, but never pursued it. That all changed the day I received an email from filmmaker and conservationist Shawn Heinrichs with a video attachment labeled, “Tigress Shark- Woman Dances with Tiger Sharks”.

I opened the video and found myself mesmerized by the featured freediver/dancer Hannah Fraser. Her makeup and outfit were exquisite, as if she channeled the tiger shark’s spirit and transformed into the human form of the spectacular creature. Her dance was strong but sultry and she moved purposefully around the bottom interacting with tigers, lemons, and reef sharks while holding her breath…the most natural connection I have ever seen between woman and shark. I sat with my mouth open as I watched it for the 4th, 5th and 6th time. This film touched something deep inside me…my strength as a woman…I had to share… 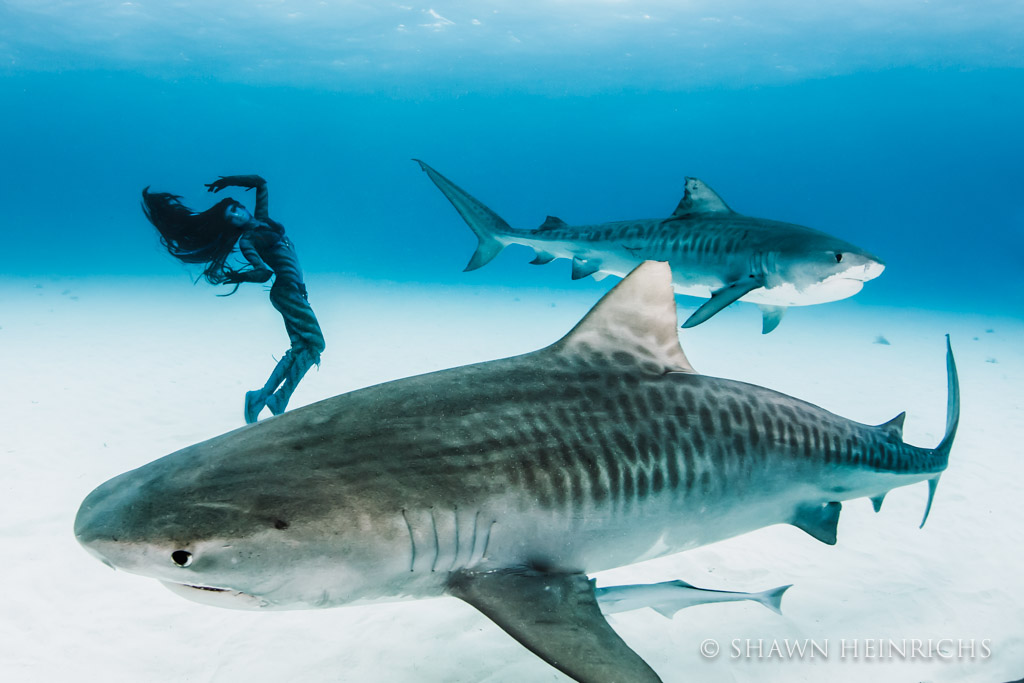 I called my 15 year old daughter to watch and hoped that she would see and feel what I did. Would she feel the power? Would she feel the same drive to succeed that I felt? Would it make her feel like she could DO ANYTHING? She watched…she turned to me with tears in her eyes and I knew it had. We made a pact after watching it together several more times that together we would pursue our freediving training. In one instant, this video created such a powerful connection between mother and daughter. 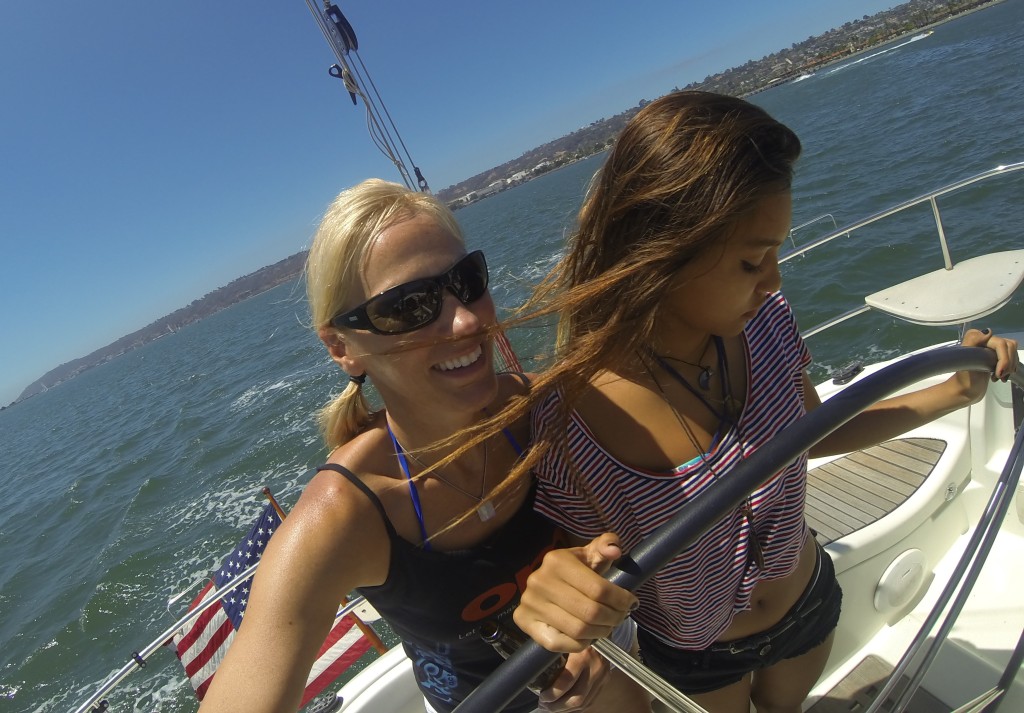 The message of the film is conservation for sharks. It is a strong and beautiful way to engage everyone into the message and gives viewers the desire to understand and love these magnificent animals. But even though I understood the driving message of the film, it stirred something bigger within me. It drove me to live my dreams…to be a beautiful, sleek, freediver enjoying the power of the sea at lengths simply not possible to me without training. 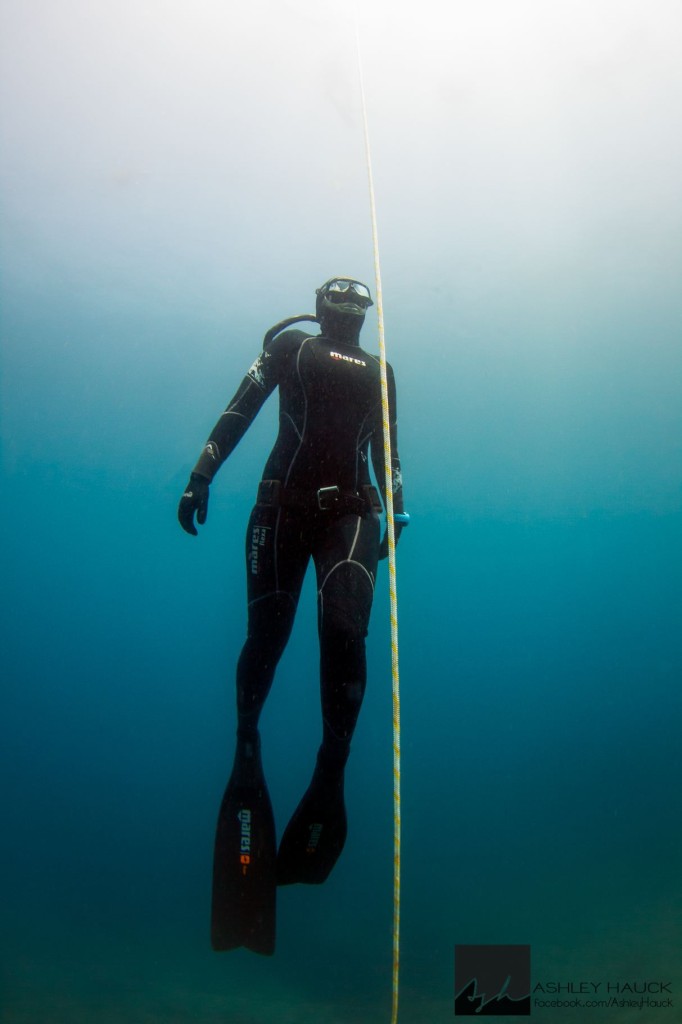 I spoke to Shawn and discussed the dedication and time that went into making such an amazing film and how the whole crew was driven by the message of empowerment. According to Shawn, Hannah herself, a strong-minded, strong willed woman, was deeply connected to the project. Her amazing energy combined with the sheer presence of the sharks along with the filmmakers editing has turned this piece into a work of art that will touch every viewer in a special way. 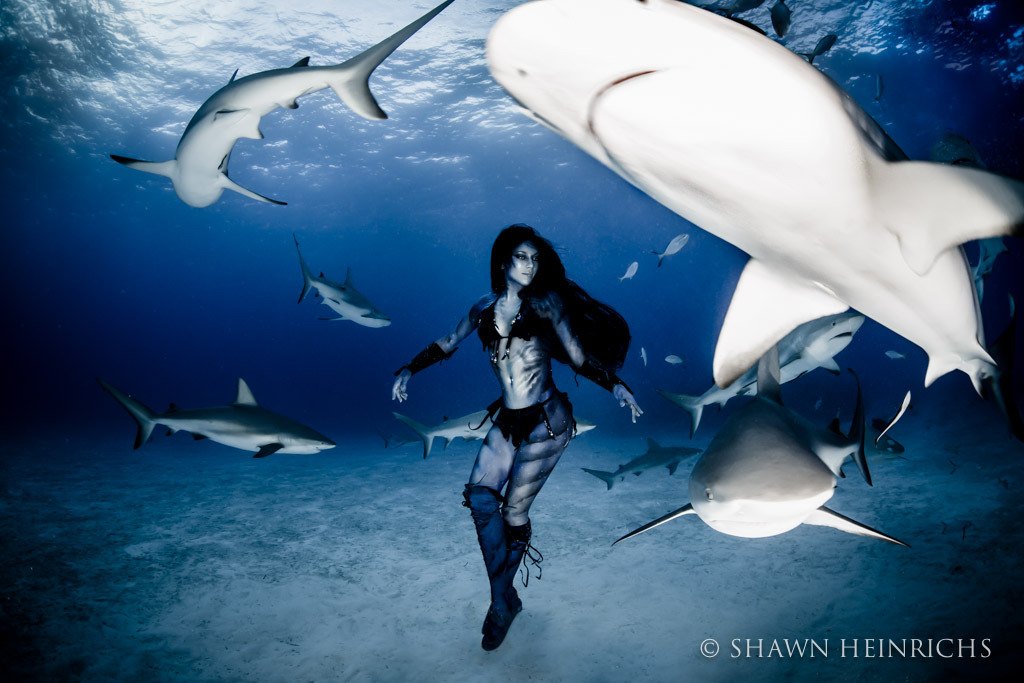 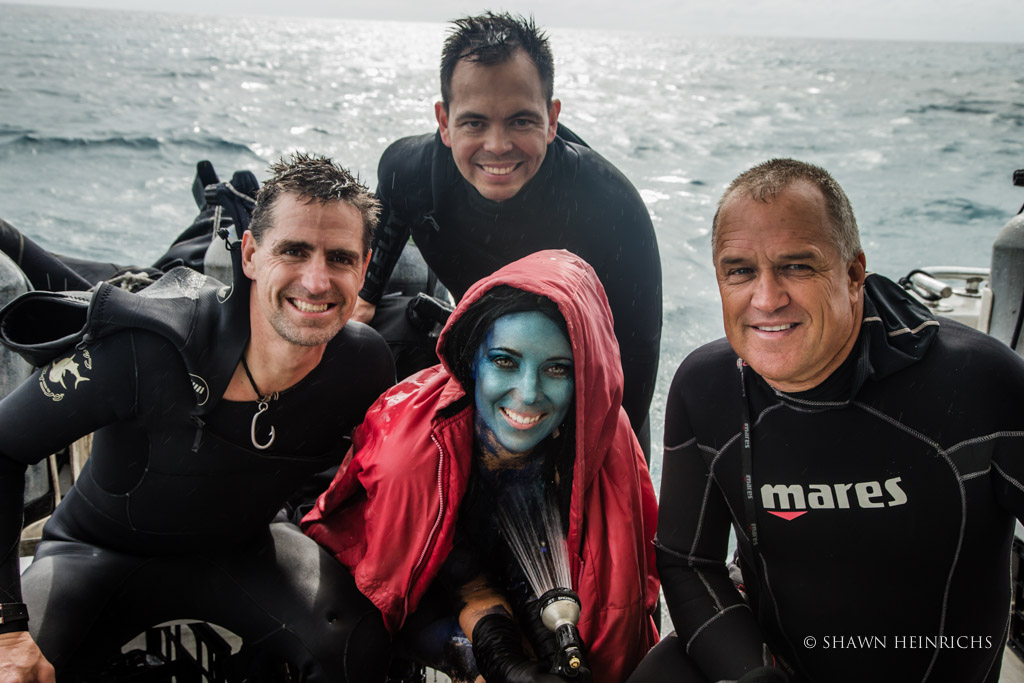 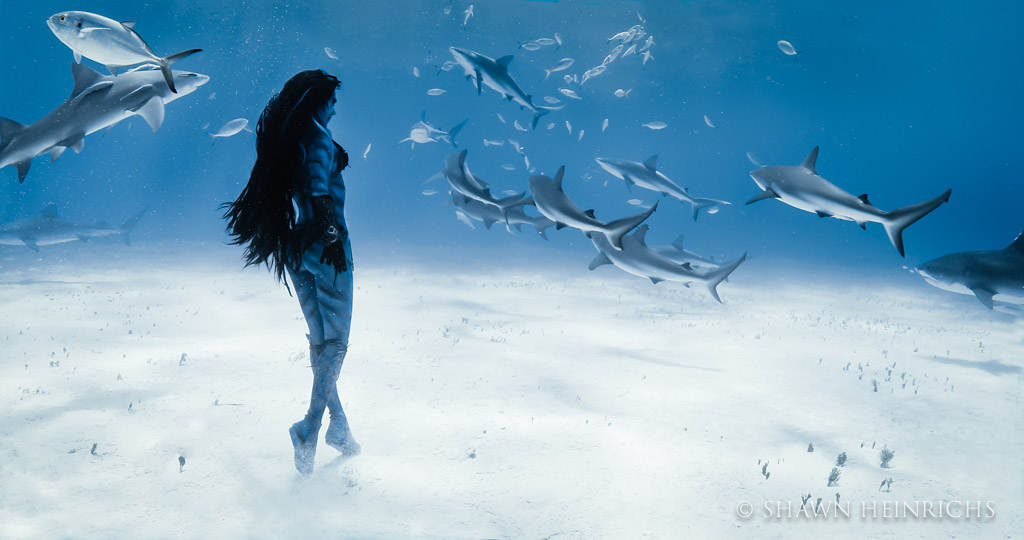 Hannah Fraser watches a shark tornado in the distance 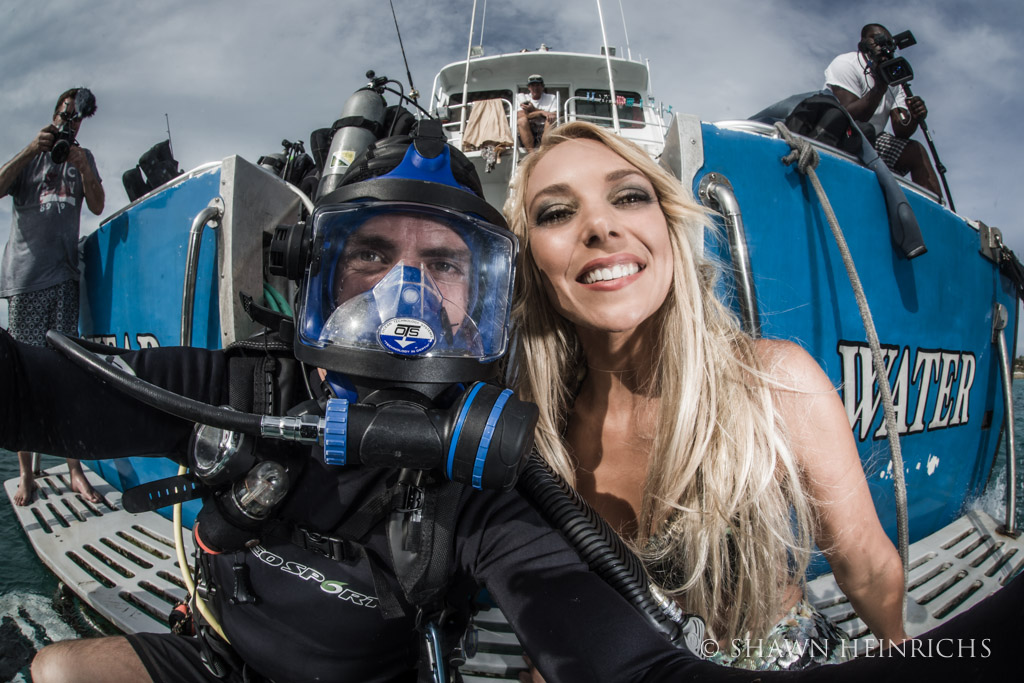 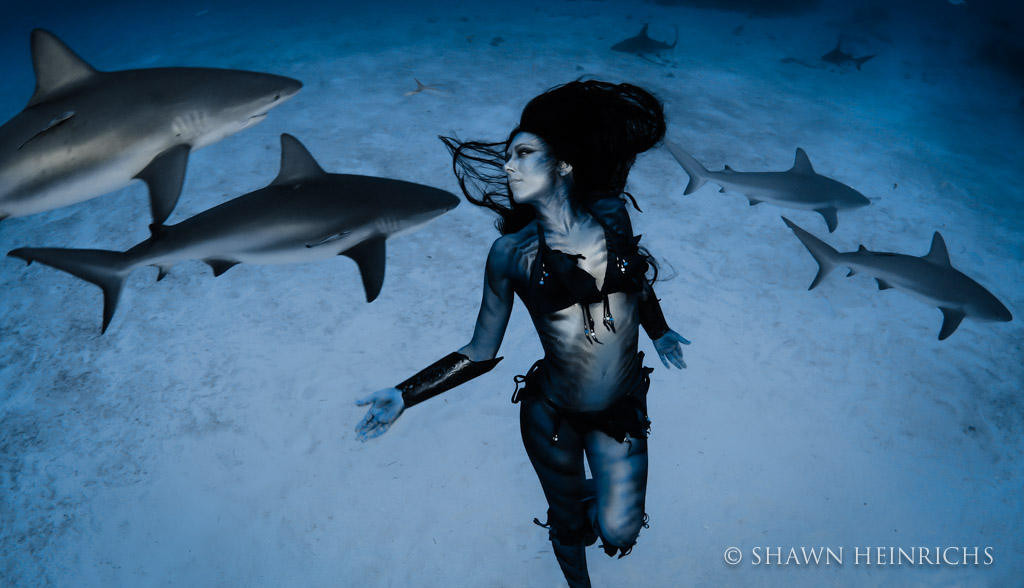 Hannah Fraser at peace in a swarm of reef sharks

For me, it pushed me to pursue my dream…my passion, freediving. I signed up for Level I SSI training. Right by my side was my partner in dive, Stephanie. Throughout the years, we have been on many adventures. Each and every time I said to her, “I want to try this”, her answer has always been, “let’s do it’. Her unwavering support has allowed me to go beyond my limits in so many ways. Freediving was no exception.

Even though I did not accomplish all the goals I set out to, I pushed myself further in other areas than I ever thought possible. Inspired by Shawn’s film, I found myself wanting it more and pushing myself harder. More important to me is that my daughter now has the dream to continue her path, to experience the silent world and connect to her inner free diver. 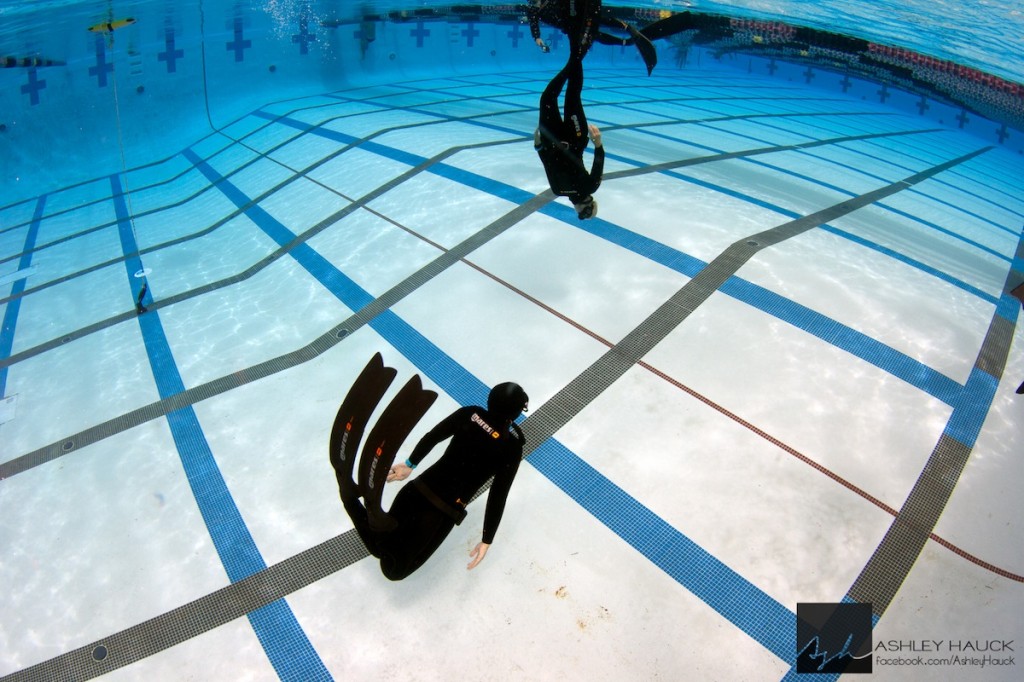 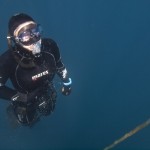 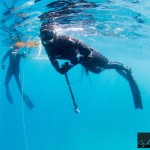 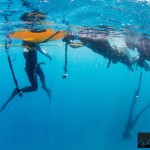 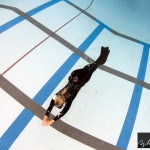 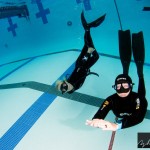 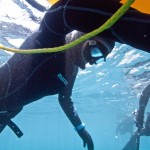 Through my journey since watching the film, I have come to realize the strength and perseverance of the women around me. After seeing all the behind the scenes of Shawn’s film, I now understand the months of dedication, training, and discipline it took for Hannah to push beyond the limits of most in the freediving industry…man or woman…to dance with the sharks. She makes it look easy in the end but how many women do you know that make things look easy in the end? 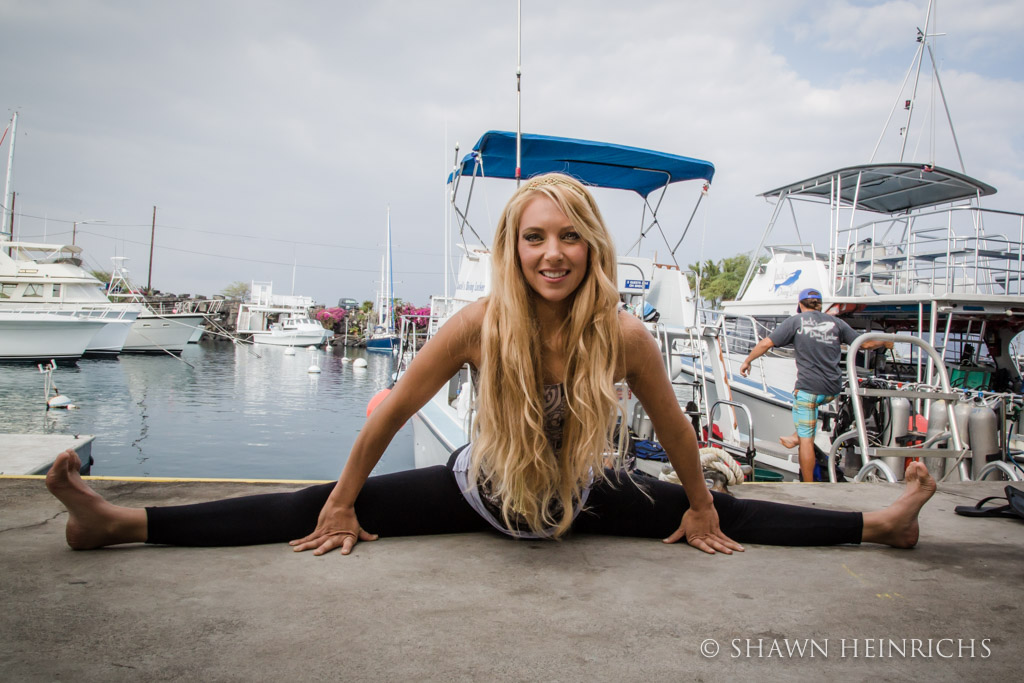 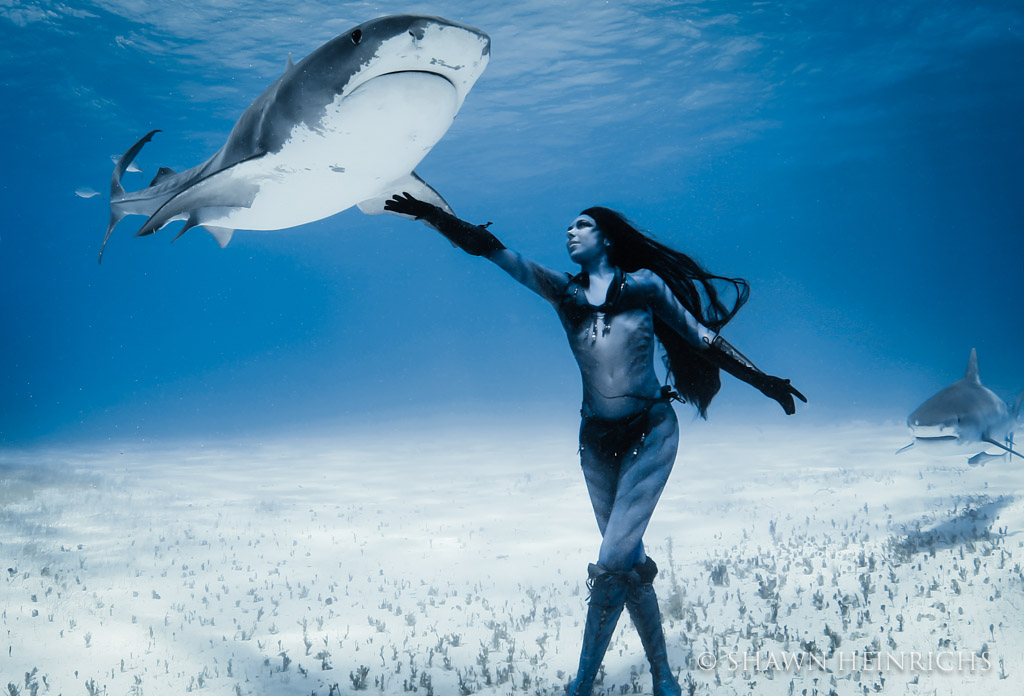 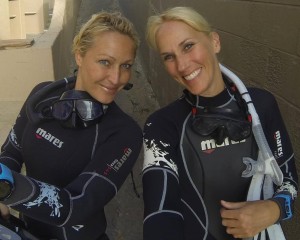 Born in Kenosha, Wisconsin, just steps from Lake Michigan, Margo has spent her life in and around water. Margo left the Midwest to attend graduate school in Southern California where she immediately fell in love with the City of San Diego and the Pacific Ocean. With a love for all water sports and the ocean, Margo found her passion in the sport of scuba diving. Margo’s desire to share these underwater experiences and to inspire others to get out and explore the amazing ocean was her driving force behind the inception and growth of Scuba Diver Girls. Whether traveling the world to the most exotic dive locations or back home in San Diego, Margo continually dives with Stephanie taking pictures and updating their social network to keep inspiring an ever increasing Scuba Diver Girls fan base.