You are here: Home > About: Shawn Heinrichs 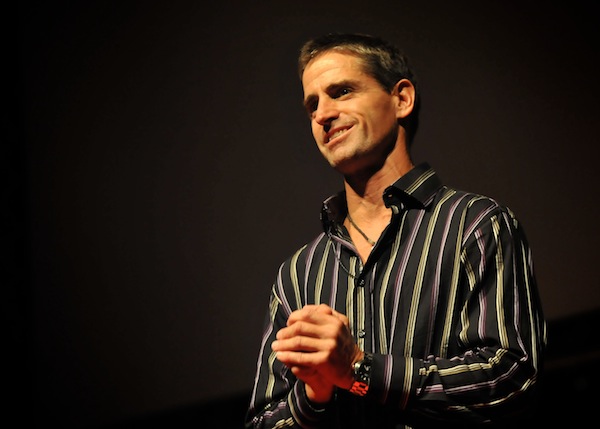 Shawn is an Emmy Award winning cinematographer, photographer, scuba diver, and marine conservationist. An independent filmmaker and founder of Blue Sphere Media, a production company specializing in underwater, adventure and conservation films, he has acquired considerable first-hand knowledge of the oceans most important marine areas. He has worked with leading film and journalist teams including CNN’s Anderson Cooper, Yann Arthus Bertrand, Dan Rather, and National Geographic and delivered projects for many of the top marine conservation organizations including WildAid, Shark Savers, Conservation International, The Nature Conservancy and Pew Environment Group. Teaming up with John Weller, the two are creating a global film series to raise awareness and support campaigns for marine conservation. And in partnership with Jim Abernethy, the duo are creating films about sharks and other charismatic marine life, and our connection to these magnificent creatures.

As an investigative conservation journalist, Shawn has gone undercover to expose stories in some of the most remote or challenging locations and his work has provided a rare view of the people and some of the more disturbing elements of the endangered species trade. His investigative footage and images have been used as centerpieces for documentaries and campaigns reaching hundreds of millions of people. In his drive to spread the word, Shawn has published numerous conservation articles and given presentations on marine conservation to audiences across the globe.

Key areas of Shawn’s conservation focus include ending the global slaughter of sharks, protecting manta and mobula rays, and establishing marine protected areas. He is a key member of team that has been creating marine protected areas in Raja Ampat, the heart of the Coral Triangle. As part of a special coalition, he is working to establish shark sanctuaries and shark fin legislation across the Pacific, Southeast Asia and the Caribbean. Recent wins in Raja Ampat, Hawaii, Saipan, Bahamas, and Guam attest to the importance of this endeavor. And as Project Lead for Manta Ray of Hope, the team has launched a global study, campaign, and documentary to address severe and escalating threat to manta and mobula rays. Shawn serves on the International Board of WildAid, on the Board of Shark Savers, is an Associate Director of Manta Trust, and an Associate Fellow of the International League of Conservation Photographers (iLCP).

In recognition of Shawn’s hands-on approach to marine conservation, he was presented the 2011 Oris Sea Hero of the Year award.