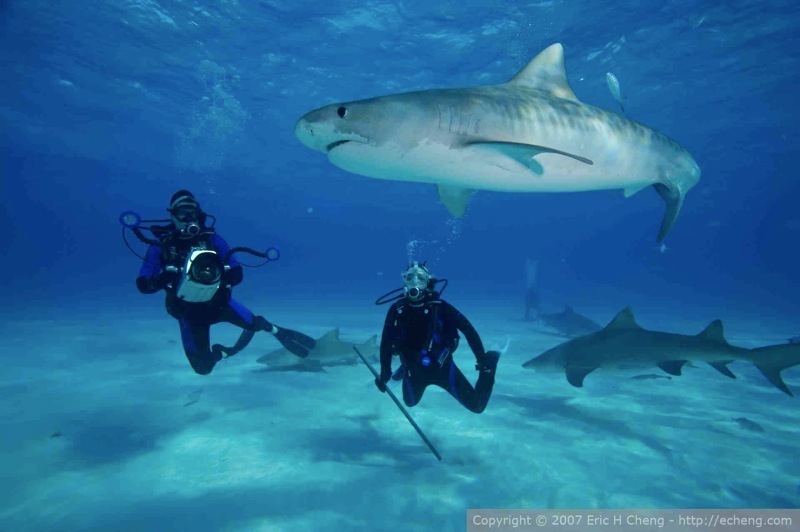 32 years after Jaws™ showed a defenseless woman being dragged underwater and devoured by an insatiable monster, three women have come together to debunk that fictitious image.

All this to prove that society has been fed mistruths about sharks, which are actually amazing creatures that are being ruthlessly chased toward extinction. They represent the new generation of shark conservationists — cool, capable, educated and young — and have brought their organizations together for the first time to combat the myths about sharks, expose the truth and continue the grass roots movement begun by Sharkwater.

The shocking results were captured in high definition video and in still photos. The production will be released as a short documentary to broadcast, print and online media outlets around the world. Shawn Heinrichs of Blue Sphere Media, an underwater & conservation filmmaker, is producing, directing and lead underwater cinematographer on the film. World-famous photographer Eric Cheng served as still photographer and cinematographer. Cheng, the publisher and editor of Wetpixel.com and Wetpixel Quarterly Magazine, is a premier underwater still photographer whose work has been featured all around the world.